Introduction
At the beginning of a marriage, couples tend to be blissfully in love. But then after some time, there comes the arguments that puts them on a slippery slope swiftly leading to desperation. Often the couple tends to pay attention to the signs that points to it ending more than focusing on how to save their marriage. Some marriages end because both parties have agreed mutually but most troubled marriages have one party who wants to save the marriage. Well the task of salvaging the marriage may appear daunting but it is worth trying. Here are a few tools that can help save a marriage.

While it may appear obvious, the couples that do not make it are usually those not committed to making their marriage work. When you make the decision to commit, you must have decided to put in the hard work that is needed to save it. Try to check on the things that may be bring argument or so every now and then and work on them.

Stop focusing on the exits

When the marriage is on rocks, couples tend to focus everywhere but their marriage. What is left is just a physical marriage but everyone has checked out. first there is need to bring back the energy by doing this one is required to think about the various activities where we focus the inner resources and see if they make substitutes for the look of excitement and fulfillment in marriage. Some of the exits that you should actually close are work, work outs, social media, and many others. Reason for this is because one might be using them to avoid spending time with their spouses.

This is the key to a successful relationship. When there is a problem how do you solve it? The application of the principle of first response might really help. This principle simply means that the course of a conflict is not determined by the person who initiates, but by the person who responds. You may feel it’s okay to strike at someone verbally because, well they started it, a part of that is correct but the initiator has no power of deciding whether there should be a fight or not but the responder does.

The point is that the negative vibe that you give each other is totally unhelpful. It only taints a positive relationship. This means that you need to eliminate things that are going to widen the bridge between you two. That means no more criticism, complaints, blame, accusations, anger, sarcasm all that. No more anger escalations either. When an argument happens to erupt, be the one to exit early before it becomes worse. In short try to focus on all the things that will build not break the marriage.

Instead of focusing on the easy way out of a breaking marriage choose the harder part of sabotaging it. It is not easy either but in the process you learn not only how to deal with marriage hardships but life too. 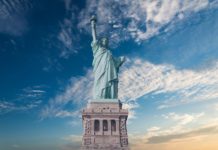 30+ Fun Family Spot for Vacation in the US 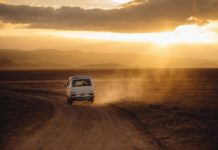 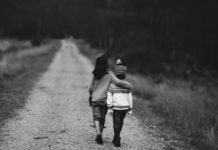