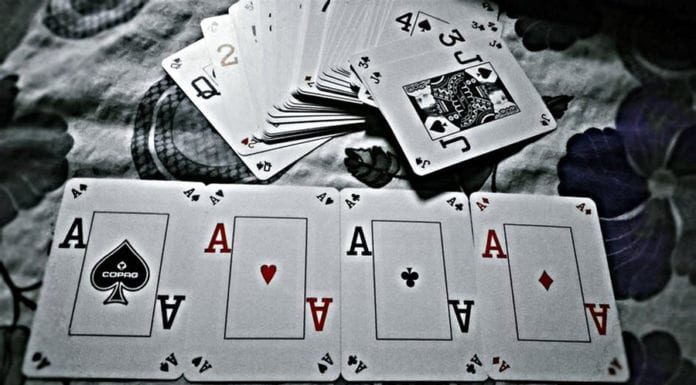 67 Interesting Ideas for 2 Player Card Games: Card games are the most played games of the world. Even people who are not interested in gambling play a large number of card games. Many people make their kids learn to play card games for kids.

If you are bored of going to clubs, hoteling and hangouts here is a way out. You can play card games with your friends or with your best buddy. A lot of women like to play these games with their hubby.

In this article, I am going to give a list of more than 65 ideas to play 2 players card games. I hope you and your partner are going to have loads of fun. 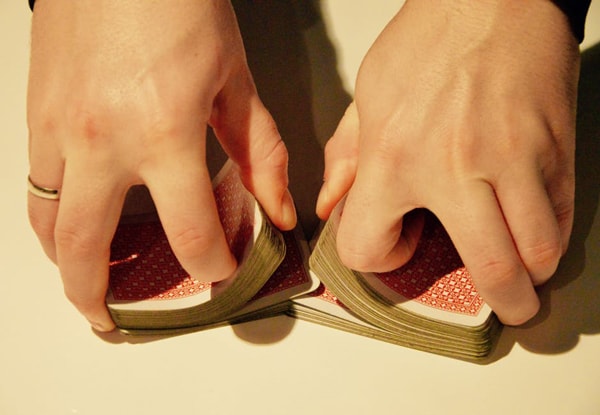 War is a card game which is played by 2 people. It is a simple card game and due to this reason children can also play it easily. Playing to see which component has the highest card to win the “war” is as easy as it gets!

This game is also known as Slaps. It is also simple two player games. You do not need more players in that. Many people also called it as Heart-attack as it is a deck-card game. 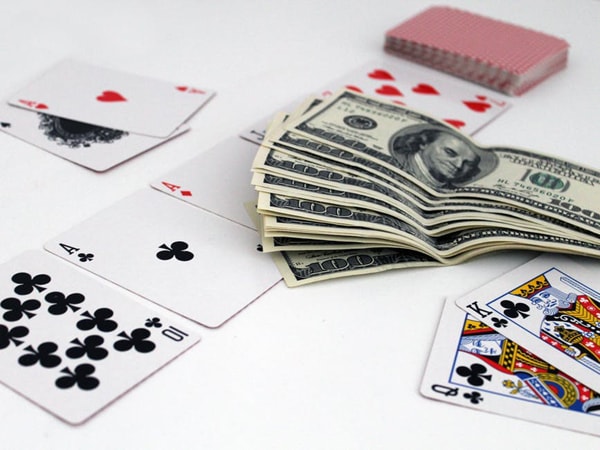 All of us have played Solitaire. And double Solitaire is a new form of Solitaire. Most of the rules of this game are similar to Solitaire. It has a competition where one player, with intelligence, can increase his opponent’s pile.

As the name depicts, the fun of this game can make the players crazy. According to the experts of card games, it is a shedding-type card game for two to seven players. It means that more than two players can also play the game. All players get crazy to get rid of their cards before the others do.

In this game, spoons are arranged in a small circle and both players set in front of each other. They have to put cards accordingly to win more spoons and ultimately the game.

It is also a two player game. In this game, both players have to be extra fast while putting the cards as per the rules.

It is a 2 player game equally amusing for children and adults. They can have loads of entertainment while playing it. 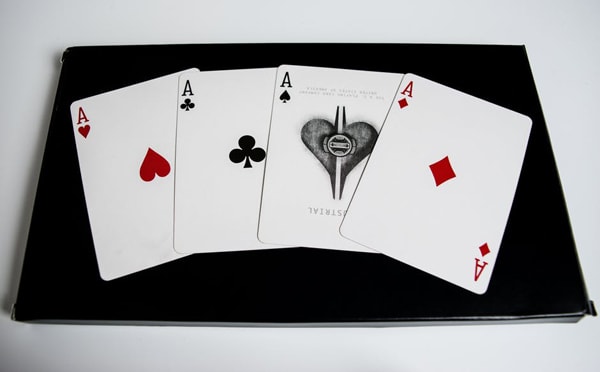 The Golf card game is of different types. It is actually to test your memory skills. This game is suitable for two to six players.

This game is played sic cards with the same number of players.

With the same rules, you can play this game with 8 cards. Get the lowest score of golf and test your memory in the game. 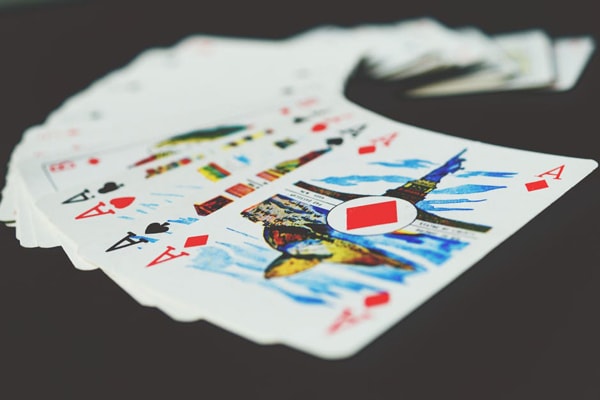 Same rules and the same players! What you just have to do is play the game with a deck of 9-cards.

It is a German Card game and it requires only two players. Well, good for the two players! If you are good at Mathematics to go for a winning game.

OMG! I have remembered my childhood while talking about this one. It is also a card game with numbers and it is always fun to play.

I remember the days when I and my only sister play the game on weekends. This is a game which needs a dice, cards and a board to play. You are going to love it, just make a try!

It is the family game and one of the best card games for two people.

Don’t think to be screwed. When you play this game you need to be more alert in order to get more cards for the win.

This game also requires two players and a deck of 52 cards. It is a game to check the intelligence of a person, so you can play with your child. 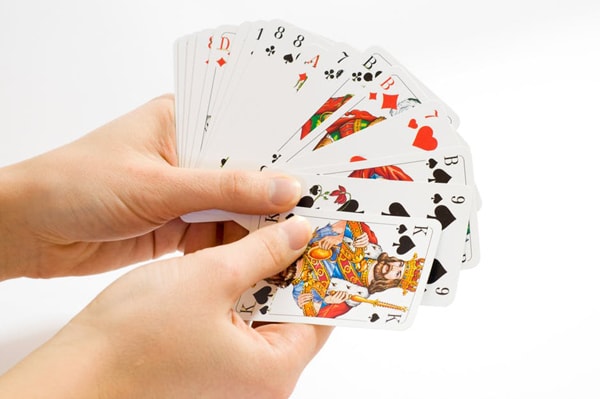 This card game is another form of the rummy. In this game, both the players make a deal with ten cards each and the value of unmatched cards adds up to ten or less.

This game is commonly played in Niger, Gao, Kidal, and Cameroon. It is a two player game and is also known as Fapfap.

This game is also termed as Oklahoma Rummy. In this game, a player has the choice of drawing the top card of the stock or taking the discarded pile if the top card is workable for the player.

It is a Rummy game commonly played in Jordan and Palestine. Banakil is derived from the Arabic language which means two. In this game Two, Twos and Jokers are used as the wild cards.

It is a wild two player’s card game. It requires your fastness, intelligence, and sequencing skills.

The game is as fun as its name is. It is a two player card game. It is very similar to war in its simplicity. It is known to be a cool card game for the children aging from Eight to Twelve.

Many of playing it as a single player but it’s complicated version involves two. Go for it! 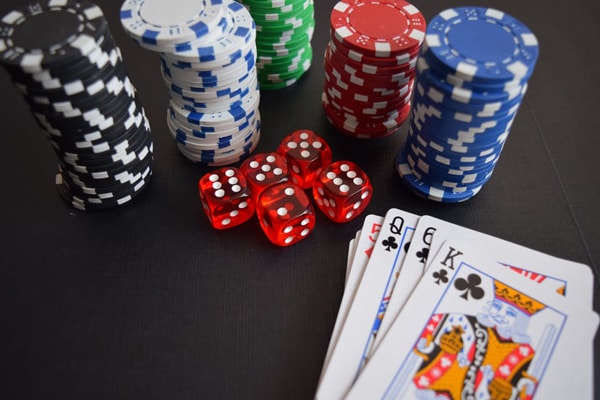 This is a very popular card game. It is best for the two people.

This is a game which can be played by two or four players. It is commonly known as a Domino game and it involves double six set i.e. 28 dominos at a time.

This is a modification of Nine Card Don and is restricted to two players.

This game requires feinting without being caught.

Well, as the name is telling you; it has a lot of fun as players fib each other and their best to remain clear-recorded.

It is a modern form of War and goes well with two players.

You can play this game with your child because it is simple and fun.

Many card players believe it as a fast and furious game. Though it is a two player game the minds of players should be extremely attentive to the game scenario.

It is a famous Spanish game. Many people play it online for the money.

Durak involves only two players and challenges to be made practical. 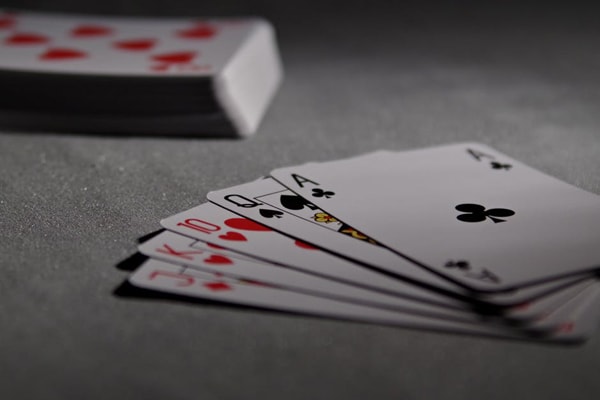 It is a tricky game and wants you to be fully in the play.

This game is suitable for two but more players can also play. It is something like all players playing a single Solitaire but at last only one is the winner.

In the past times, prisoners play the game believing it as an incentive for the cricket. It is now played in Cricket loving countries including Asian countries as well as Europe and South Africa.

It includes more falsehood than any other game. But do remember to limit that till the game only!

It is known to be one of the most tricking games of the card games. Both Low and high cards are required for to win!

Elfern is a two-player tricky game. It requires 20 honors ace, King, queen, and Jack to win.

This is a funny game. It needs poker of three cards to play.

It requires two sets of six dominos. It is really enjoyable and a good time passer.

This is an exciting game for two players. It involves various tricks and played with a decreased deck to hit a certain number of points.

If you play it you may become addicted to its fun and craziness. Best for the two players!

It is a two player game but up to six players can play it. It needs an individual deck of 52 cards for each player.

It is an ancient card game. Players ranging from two to seven can play it easily. All the deals and cards in the game are anti-clockwise.

It is a two player game which involves a pair of dices for the bonus.

It needs a cribbage board; a deck of cards and you can play it easily. It is somewhat similar to Monopoly.

It is played with a traditional deck of Spain which has 40 cards. It is also a good one to play with two players.

It is a matching game and two people can enjoy a lot while playing.

It needs to have cheat sheets, poker chips, and a deck. If you and the partner have all three you are ready to have the fun time.

It can be played with many players but according to the rules as the players retire only two are left to play and determine the winner.

It is super duper fun game. You can learn it easily.

It is also a two-player card game which is played with 52 cards without jokers.

Anglo-American deck of 52 cards is used in the game.

All of us are familiar with this character but do you know that it is also a game? A standard deck of 52 cards is used without jokers. It is fun for kids and adults.

It is a tricky French game played by two players. Scores are made on each card.

This game is commonly played in Nepal and is also known as Dhumbal. The objective of the game is to possess lower score (through cards). The lower the score, the more chance to win the game!

It is Russian two player game. If you like to play the game then you must be good at calculation. French Deck is used in the game.

According to a card expert, it is a modification of Crazy Eight. A Standard deck with two jokers is used by the players.

In this game, both players have to score more and more in four courses of games.  It is a tricky one.

It is a simple drinking game played with a standard deck of 52 cards.

It is a Japanese game played with 52 card deck and one joker. Players ranging from two to six can play.

It is the bit different from Texas Hold’em in terms of rules. The other things are almost same.

It is an ancient two-player game in which suits are kept irrelevant to each other.

It is also a fun game. In this game, all players look like playing individually but at last only one wins the game.

It is also termed as Tunk. It is played using a standard deck of 52 cards joker. 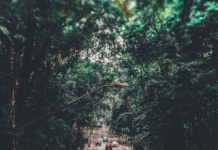 Get Your World Cup Fix with Soccer Games for Mobile 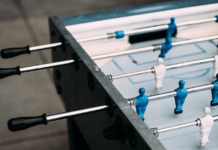 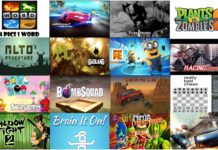 100+ Games which you can play without Wifi